I planted my bare root raspberry canes on June 2, 2016.  I wasn’t expecting much growth for the first several weeks, or even longer. Particularly based on my previous experience.  But I did get a little bit of growth after just a few days.  There was the one twig that had little buds forming after 3 days.  There were also two plants that seemed to have little nubs of growth when I got them which seemed to be growing leaves after just a few days.  Here’s some pictures so you can see how things looked along the way, in case anyone wants to follow the raspberry cane progress! 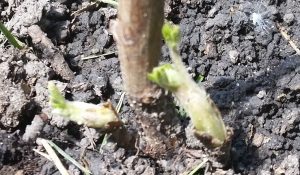 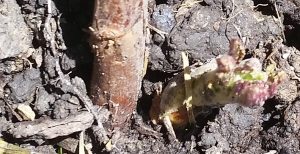 As you can see, two of the 13 plants have little nubs at the base.  The only cane that was more like a twig was starting to show buds coming out of the cane itself (the bottom picture – I had a hard time focusing).  Yes – all of these images are zoomed in pretty good.  I wasn’t expecting any growth at this point, but I was excited to see something which indicated the canes were alive. 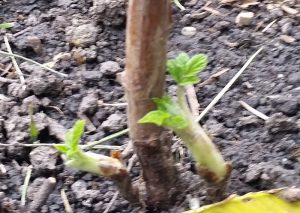 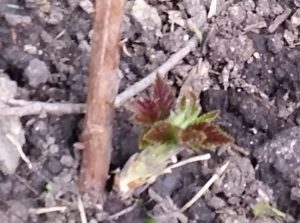 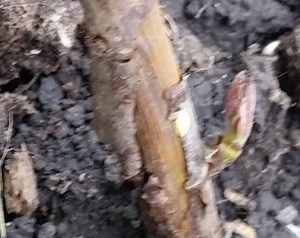 The bottom picture was a fourth cane starting to have a shoot off the stem. 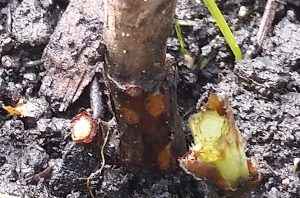 It only took one week for a rabbit to destroy the largest of the raspberry canes! 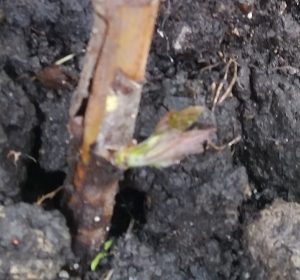 After just one week, I had multiple little sprouts on my bare root canes.  Unfortunately, the largest of the sprouts got eaten by what I’m assuming was a rabbit.  More updates and fighting the rabbits to come!